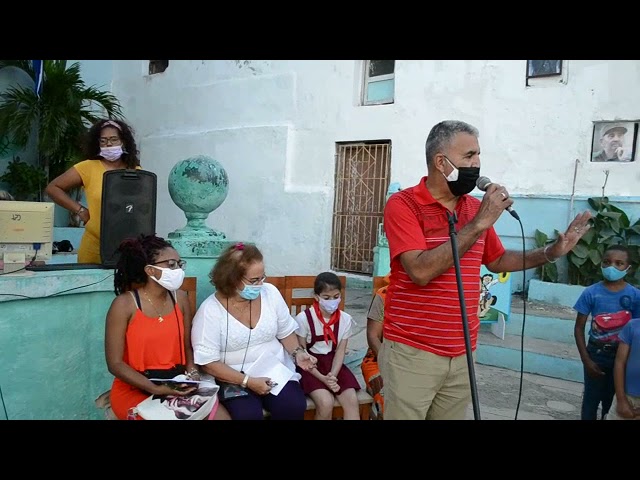 Restoration of Obama's Cuba Policy by the Biden-Harris Administration | MoveOn

Let us help you plan and organize a trip based on your interests—under the categories of Support for the Cuban People and Professional Research and Meetings—and  then we'll guide your group in Cuba. With many years of experience organizing and leading these trips in Cuba, and with our longtime contacts in Cuba,  we are uniquely positioned to give you the opportunity to connect directly and meaningfully with the Cuban people.

Earn 18 Continuing Legal Education credits and 2 Ethics credits from the Vermont Bar Association through law seminars and discussions at the University of Havana.

Travel with CAFS to embark on an in-depth exploration of teaching—and peace and justice initiatives—throughout Cuba.

The Green Mountains may seem to be a long way from Cuba, so for most Vermonters the new regulations recently put forth by the Trump administration may not seem like a big deal. But this distance does not make us immune from the reach of these hurtful changes that prohibit regular US citizens from traveling to Cuba.

Thankfully, one of the most active organizations in the US bringing groups to Cuba is located right here in Burlington, Vermont.

The Cuban American Friendship Society (CAFS) is a local non-profit which was founded by Sandy Baird over 30 years ago to help break down the barriers between our two countries by hosting people-to-people exchanges as well as professional, cultural, and athletic trips to Cuba. The Cuban American Friendship Society has helped hundreds of Vermonters travel to the island nation to visit schools, medical facilities, organic farms, sports facilities—as well as to see how much we have in common even as our current administration reverts back to Cold War tactics.

President Obama made some dramatic changes in the policy towards Cuba, opening up opportunities for citizens of the US to travel to Cuba legally and without special permission. President Obama gave the Cuban people a sense of hope that 60 years of animosity and isolation between our two countries would come to an end. This change helped US citizens see the reality of Cuba—the good as well as the bad. This openness also allowed Cuban citizens to have direct contact with US citizens and see that we are not the caricature often portrayed by the Cuban media. Having opportunities to meet and exchange ideas between citizens helps us better understand each other as well as seeing first hand the reality of life in Cuba. However, with new rules mandated by Trump, and still in effect with Biden, regular US citizens are no longer allowed to travel to Cuba on what was previously allowed under the people-to-people provision.

Fortunately, under the current rules the Cuban American Friendship Society is still legally allowed to bring groups to Cuba within some limits. Recently the Cuban American Friendship Society has helped teachers, lawyers, medical personnel, women’s groups, little league teams, and others who want to travel to Cuba legally. For anyone interested in traveling to Cuba, we still provide that opportunity. For example, all allowable travel has to have the purpose of helping Cuban people by staying at B & Bs, eating at “paladares” (privately owned restaurants) and taking private cabs as transportation. Our trips focus on direct interactions with Cuban citizens with whom we can share ideas, learn about life in Cuba, and explore the potential for future relationships.

The reality is that life in Cuba is difficult. There are many reasons why this is the case, ranging from Cuban governmental policies to the total US economic blockade. There are constant shortages of food, housing, and everyday household supplies, transportation is a nightmare, and the average Cuban earns the equivalent of $30 a month. Even with these issues, the Cuban people are open and friendly to visitors and extremely welcoming for impromptu conversations. The pace of life is slow but the music and dancing are hot and lively. As you can imagine, Cuban music is everywhere and it is not uncommon to be walking along the sidewalks of beautiful colonial neighborhoods and hear music coming from different homes.